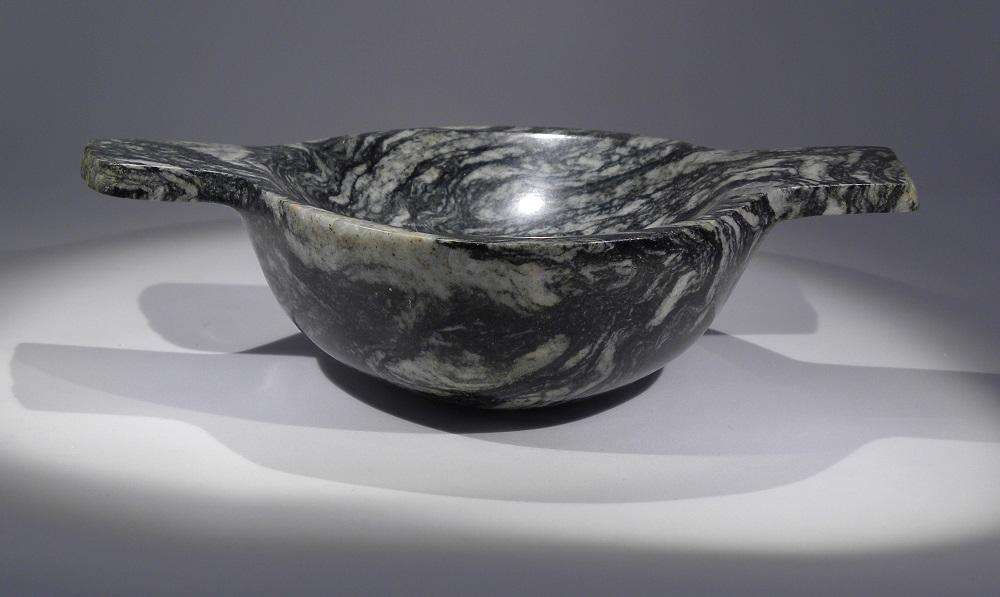 The Quaich is a two-handled drinking cup often known as the cup of kindness, as referenced in 'Auld Lang Syne'.

Drinking from the Quaich is seen as a symbol of trust, peace and love between two people. In Celtic times, the Quaich was offered as a welcoming gesture to strangers. The cup was presented using both hands and received with both hands, so ensuring the safety of each party. With both the stranger's hands busy, the host knew for certain they held no weapon; and equally reassured, the stranger knew that the drink had not been poisoned.

Drinking from the Quaich as part of the Scottish wedding ceremony began in 1589, when King James VI of Scotland presented the cup to Anne of Denmark on their wedding day.

The Quaich is often referred to as 'the cup of life' and in drinking in the same cup, the couple symbolise their commitment to share all that the future may bring. As it is traditionally 'the cup of welcome', drinking from it is also a way of welcoming the bride and groom into both families.