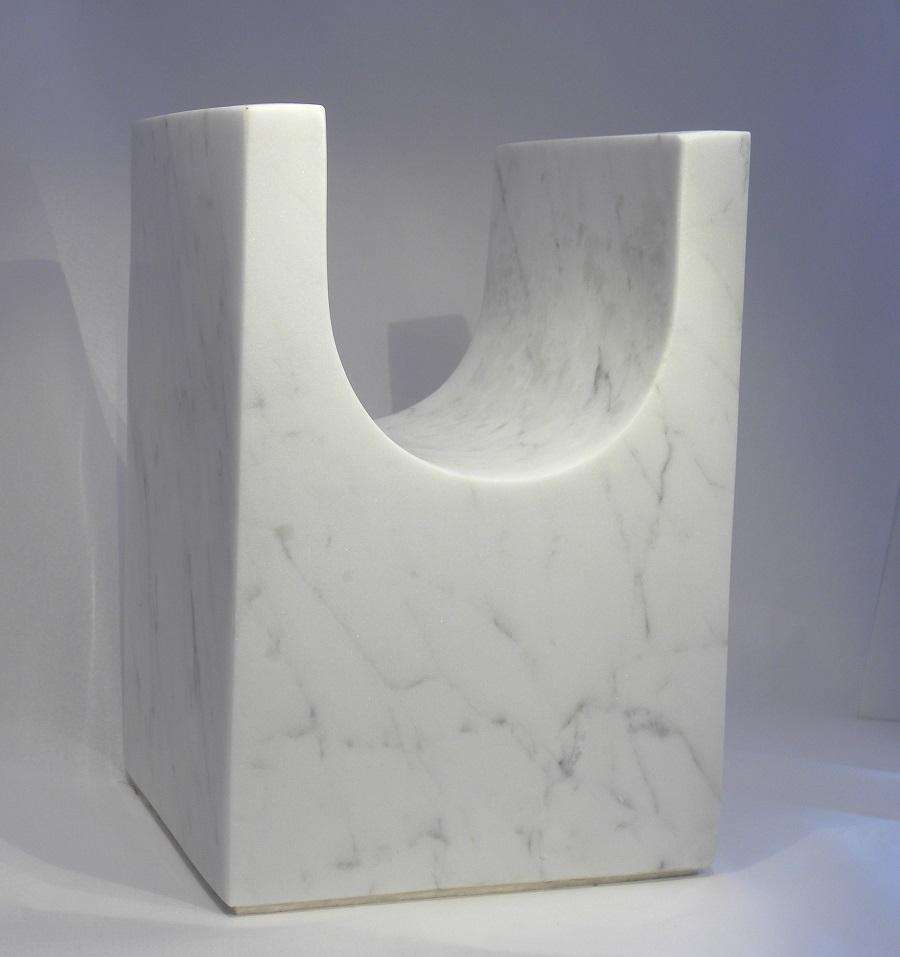 Tim Pomeroy is an artist, sculptor, poet and Britain's foremost stone carver. He was born in Hamilton in 1957. He trained at Gray's School of Art in Aberdeen from 1976-81, where he lectured in 1983. Tim has had several public commissions, notably in Provand's Lordship Glasgow in 1995 and the Beatson Gartnavel Hospital in 2008. His most recent commissions are in St Andrews Roman Catholic Cathedral, Glasgow, where he carved a new baptismal font in 2011. In the same year, he carved a monumental bas-relief on the facade of Carnoustie Golf Links Trust Pro-Centre and concurrently made a huge bronze illustrating the Tree of Life for Cawdor Castle Gardens, Nairnshire.

Read More
Tim continues to pursue his interests in the natural world and in machined objects, both of which still provide inspirations for new forms. He lives and works on Arran with his wife, the painter Josephine Broekhuizen and their son, Christian.

His works feature in the collections of, among others, Strathclyde University, Leeds City Art Gallery, the EIS, Clydesdale District Council, Esme Fairbairn Foundation, The Duke of Devonshire, Gray's School of Art, Angus County Council, Lady Cawdor and the Archdiocese of Glasgow. His paintings and sculptures are collected widely by private patrons.

His recent sculptures and drawings have been based on jewellery and grave objects from Neolithic and early Bronze Age archaeology. These sculptures attempt to contain something of the elements of power whether religious, military or sexual, imbued in the original objects. These new sculptures formed the backbone of his major solo London show with Agnews Gallery in 2011. Tim's work was displayed in the London show with Agnews Gallery in 2011 and in the exhibition British carving 1900-2013 with the Fine Art Society in London in 2012.

In 2014, Tim was invited by The Fine Art Society in Mayfair, London to give a solo exhibition of his recent works. Following this very successful show, his work has been acquired by The Kelvingrove Art Gallery in Glasgow and The National Museum of Scotland in Edinburgh.