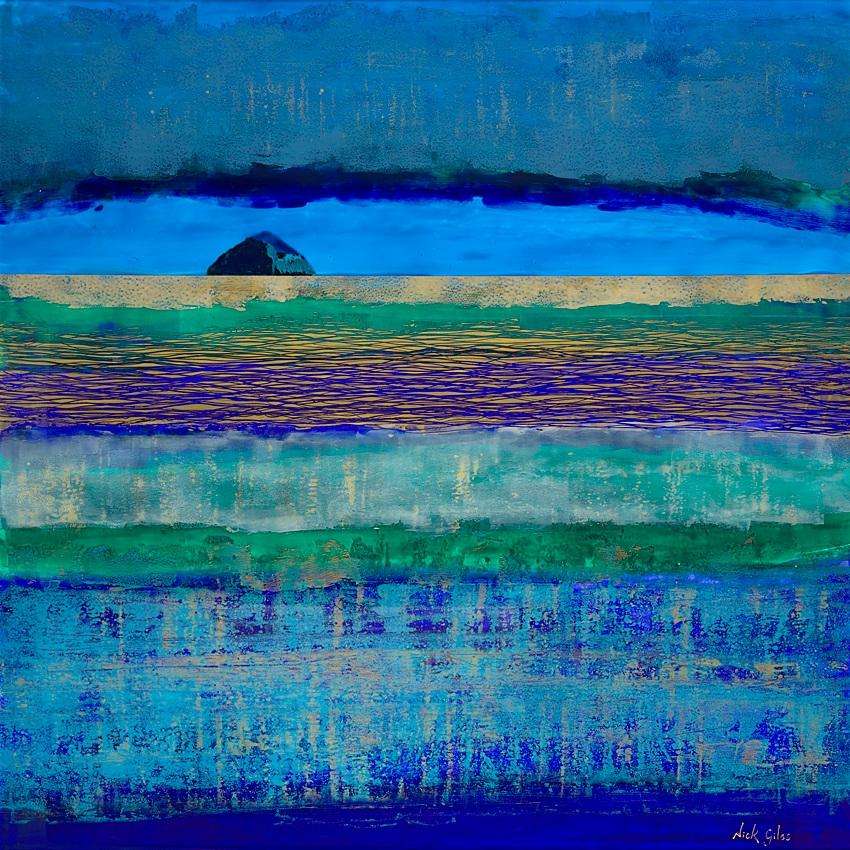 An open edition print, board backed and cello wrapped, ready to frame.

Ailsa Craig is an uninhabited island off the coast of Arran. It was formed

from a volcanic plug of an extinct volcano. The island is locally known as

'Paddy's Milestone' as sits midway between Scotland and Ireland. It is a haven

for large colonies of seabirds, including gannets, guilliemots and puffins.